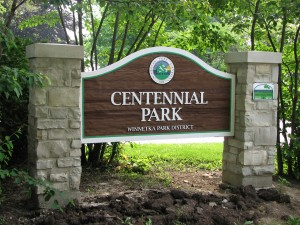 Set in one of the most beautiful settings in the world, Centennial Park is a place the whole family can enjoy. Set on the banks of Graham Creek, it has forests, playgrounds, and trails. Over the years it has grown from a small parcel to a 18.42 hectare park that as created in 1958 to commemorate the establishment of British Columbia as a Crown Colony 100 years earlier.

In fact, efforts to restore and improve Graham Creek in partnership with the Hagan Creek – Kennes Watershed Project. 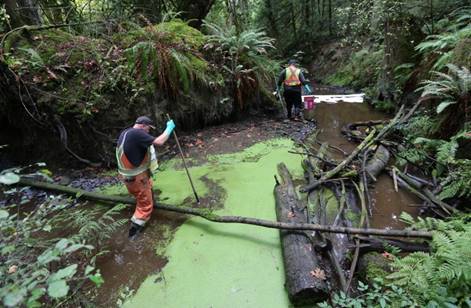 Facilities within the park are available for reservation, see our Park Request Form. lang=EN-CA> https://www.centralsaanich.ca/our-community/parks-recreation-culture/park-request-form

Central Saanich Lion’s Club have been heavily involved with the park for years. The Central Saanich Lions Club’s initial acts of charity began in 1969 with Club members volunteering their time, labour as well as fundraising skills for various projects at Centennial Park on Wallace Drive. In Central Saanich Lions involvement in Centennial Park, Past Lions Ken MacDonald and Joe Sparrow documented the Club’s history with Centennial Park which included, but was not limited to, the following projects—“…one of the first Centennial Park projects that the new Lions Club undertook was the building of a lacrosse box….In 1973, the Club prepared the ground, constructed the brick wall and assembled all of the equipment in the current (children’s) playground….In September 1983, the Municipality (of Central Saanich) approached the Lions about the possibility of creating a much needed bowling green in the Park….In 1990, the Club spent 40 hours seeding the Park’s soccer pitches. In a later project, the Club supplied labour for fencing the soccer area…the Club supplied labour to construct the Babe Ruth concession and washroom facilities…. Centennial Park is a prime example of the value of voluntary work in drawing people together to supply needed facilities.”

A plan to build a $168,000 training facility in the same location as the old batting cage in Central Saanich’s Centennial Park. Plans are calling for a 40 foot by 70 foot indoor batting and pitching facility (approx. 2,800 square feet) that will provide a place where the players in Central Saanich Little League (CSLL) and other local sports groups can practice out of the elements.

Central Saanich Little League has seen a lot of growth in players since it started in 1969. Wittman said registrations went from only 177 a few years ago, to 315 this year. He said fields are almost at capacity now and an indoor facility like this will give kids another place to play — and extend their season.

Centennial Trails was an idea that started in 2003 as a way to celebrate Saanich’s 2006 centennial. The project set out to improve existing trails and create new trails to fill key gaps in our trail system. There are several key trails that are intended to establish major east-to-west and north-to-south connections to all areas of Saanich.

All in all, Centennial Park is a fabulous place to visit and spend some quality time alone or with a group.