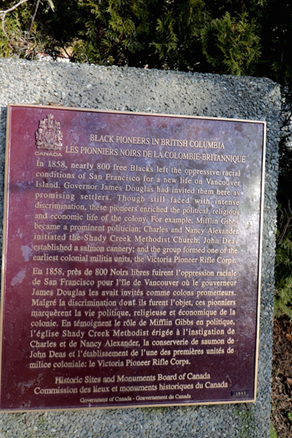 Their loss our gain.

1850’s saw many discriminatory laws being passed in the United States and specifically in California where they discouraged blacks from entering or staying in the state. Among other horrid laws; they were required to wear distinctive badges.

Sir James Douglas, governor of British Columbia, whose mother was an African Creole mother and a European father, spoke to a group of Blacks who came up from California and promised them equality and opportunity. A group of almost 800 Black Americans came up and settled primarily on lower Vancouver Island and Salt Spring Island. These families made a huge difference in the lives of British Columbians. 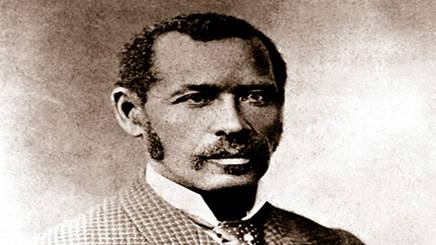 Mifflin Gibbs was one of the men who led the entourage to British Columbia. He became a naturalized British citizen in 1861. He had many different jobs, owned companies and was involved in politics; including being an alderman on Victoria City council. 10 years later he moved back to the states and was elected a judge among other professions. 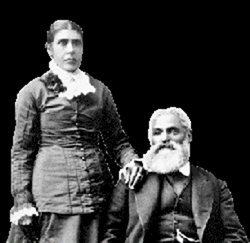 Charles Alexander and his wife Nancy came to Victoria in 1858. He made his original home on a site later occupied by the Hudson’s Bay Company. This is back when Victoria was a tent city. 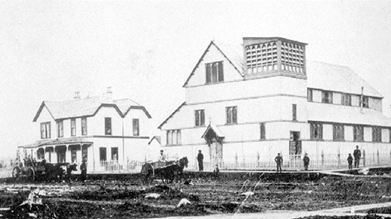 Charles was an accomplished orator which he used to great advantage as a teacher and preacher. He built the first school in South Saanich and became a trustee. As well, he initiated the building of Shady Creek Church, and he assisted building it in 1862.

Governor Douglas was concerned by the influx of Americans, the Americans might retaliate for losing their slaves. The thought that because of American slavery, African Americans could be counted on to resist an American takeover and it worked. The new settlers showed their appreciation by establishing the Victoria Pioneer Rifle company to protect their new home and friends.

In appreciation for what they did for us, a marker was erected in Central Saanich in 1999 by Historic Sites and Monuments Board of Canada near 7180 East Saanich Road, Central Saanich, British Columbia V8M 1Y4, Canada. On it is inscribed:

“In 1858, nearly 800 free Blacks left the oppressive racial conditions of San Francisco for a new life on Vancouver Island. Governor James Douglas had invited them here as promising settlers. Though still faced with intense discrimination, these pioneers enriched the political, religious and economic life of the colony. For example, Mifflin Gibbs became a prominent politician; Charles and Nancy Alexander initiated the Shady Creek Methodist Church; John Deas established a salmon cannery; and the group formed one of the earliest colonial militia units, the Victoria Pioneer Rifle Corps.” 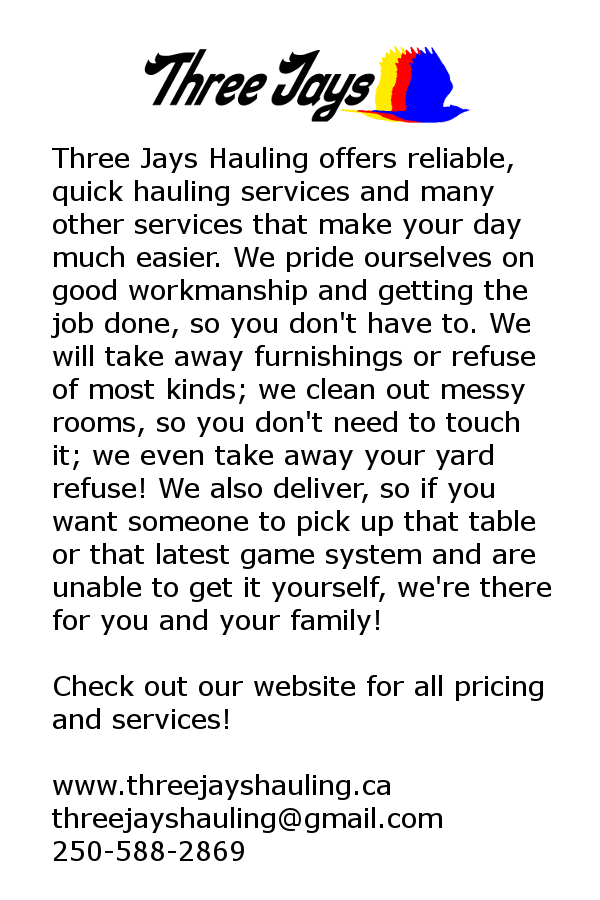