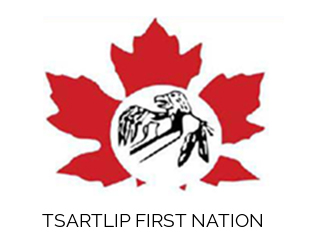 All part of the Saanich Nation of Coast Salish peoples, the Songhees, Esquimalt, Tsartlip, Tseycum, Pauquachin, Scia'new, Tsawout and T'Sou-ke Nations are all important bands that have long called Southeastern Vancouver Island home.

The Tsartlip First Nation is a First Nation located on the Saanich Peninsula, in Saanich territory on Vancouver Island. They are a member of the Sencot'en Alliance fighting for Native rights.[1] In the 1850s they were signatories to one of the Douglas Treaties.[2]