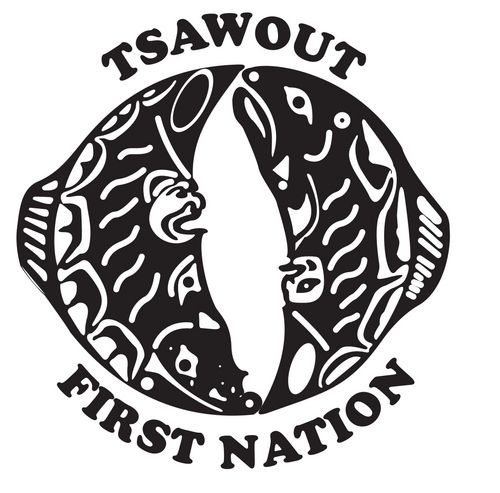 "According to the legends from our forefathers ... People dropped down from heaven ... and each one of these people had a specific trade, like a carver, a hunter, a fisherman ... and each one benefited one another to sustain themselves. They traded amongst each other with their abilities."

First Nations of the South Coast of British Columbia

"We have lived here since time immemorial, thousands of years." (Bob Joe, Chilliwack, 1962)

"We know the Creator put us here. We know our Creator gave us laws that: govern all our relationships to live in harmony with nature and mankind; define our rights and responsibilities.

We have the right to govern ourselves and the right to self-determination. Our rights and responsibilities cannot be altered or taken away by any other nation.

We have our spiritual beliefs, our languages, our culture, and a place on Mother Earth which provides us with all our needs.

We have maintained our freedom, our language and our traditions from time immemorial."

The Northwest coast of what is now called North America has been home to Aboriginal nations for many thousands of years before any European individual has erroneously been able to do the same.  White people only began to arrive to the coast of British Columbia in any significant numbers in the 1850s.  Many First Nation elders can testify to a time when our Nations were free from any white influence.  During the early contact period, the fur trade between aboriginal peoples and Europeans developed without much colonial control.  Trading companies established fortified trading posts, but Europeans at this time remained vastly outnumbered.  Robin Fisher (1997) in Contact and Conflict contests that during this time control over Indian lands and societies remained in Indian hands.  It was not long before the British Crown endeavored to exercise its sovereignty over indigenous peoples and their lands, which was to become the driving force behind the Douglas Treaties. 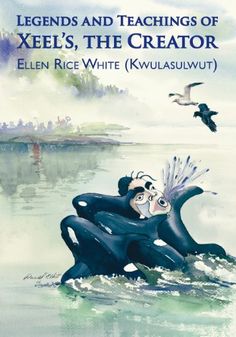 In the shwi'em' (time of the ancient stories) when the world was made "there was nothing on it - just ground and water. "Then, as the Elders tell us, Xeel's, the Changer, "came down to the world to finish things ... he went about fixing things, making lakes and rivers, and all things that grow, and then he made animals and all things like that." Xeel's dropped the first people from the sky to populate the land. A man named Syalutsa' landed on a grassy field called Tsuqwulu on the southwest side of the mountain Swuqus overlooking the Cowichan Valley. A little further north Stutsun fell from the sky and landed on the mountain Skwaakwnus above the Chemainus River. Other people emerged out of the land itself. At Penelakut on Kuper Island two great cedar logs lay by the shore. Warmed by the rays of the sun, the bark on one of the logs cracked and out came the first man on the island. Within a short time he was joined by the first woman, who emerged from the sand between the two logs. Syalutsa', Stutsun, and the others who landed atop the mountains and hills of Vancouver Island or emerged from the driftwood and sands of Kuper Island are the ancestors of the Hul'qumi'num First Nations. They are mustimuhw (human beings) also called hwulmuhw (people gathered in one place).

The Beliefs of the WSANEC Peoples

It is the belief of the Saanich people that XALS put us here on this world and gave us a language of our own called SENCOTEN.

That the Lands around us came from XALS and the islands, points land and huge boulders were once people and are still referred to in their old names.

That the four winds, the trees, the birds, the animals, and the fishes too were people at one time long ago.

That the living things can understand us if we speak to them using special words.

That among us are special people who have special rights in regard to spiritual communication.

That the islands, the salmon and the living things can be called upon for help to survive in this life.

That the fire and the water have a life and spirit too, and that they can assist in the communication beyond this life.

That beyond this life, life continues and that, at times, communication can take place with relatives who have left this world.

That the origin of the living things of this world are our ancient relatives, and that they must be treated with respect.

That there must be honour given to life around us, that ceremonies and rituals taught to the young will perpetuate these as time passes from one generation to the next.

That when our relatives leave this world they enter the sky world.  The stars represent the twinkling of their eyes as they look down upon us a night.

That the Thunder Being lives in a cave in LAUWELNEW, our Sacred mountain and that he is the communicator between this world and the sky world.

That the KEXMIN, Indian consumption plant, is a good medicine used to clean and open the way for the pure spirits to come near.

That is Saanich there is EN SKAU, a destiny based on what a person does.  If one does good or  one does something not good to one another or to the living things around us, it will return to that person in this life.

It is the belief of the Saanich people that the SXOLE (reef net) is a gift of the salmon spirit who came to our land and took a beautiful lady from Saanich for his wife.

The Saanich have lived to these and many other beliefs for thousands of years.

These are our beliefs.

This is our History

This is our Culture

The Changer, Xeel's, created biodiversity - the resources used by the first people and the snuw'uy'ul (the cultural teachings), which governed all manner of conduct and interaction with the physical and spiritual realm. 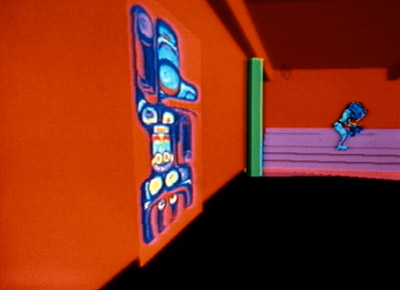 Xe'las (also spelled Xelas, Haylas, Hals, and other ways): A Transformer figure, often known as the Changer in English, common to the mythology of many Northwest Coast tribes. The Changer brought balance to the world by using his powers to change people, animals, and the landscape into the forms they have today.

Raven: Raven is a culture hero of Saanich, Samish, and Lummi mythology. He is a benevolent figure who helps the people, but at the same time, he is also a trickster spirit, and many Saanich stories about Raven have to do with his frivolous or poorly thought out behavior getting him into trouble. 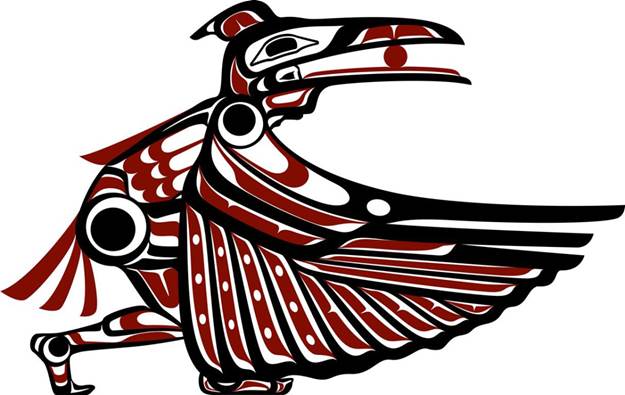 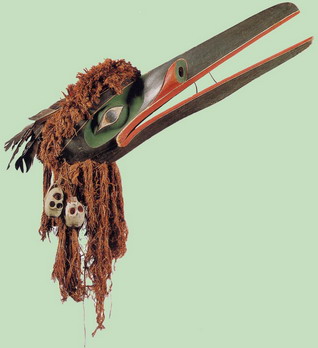 Mink: Mink is another Straits Salish trickster character. Indeed, some of Raven's more light-hearted adventures are sometimes told with Mink as the protagonist instead. However, compared with Raven, Mink is a more negative character who primarily embodies traits that are looked down upon by the Salish people (greed, recklessness, arrogance, inappropriate sexual behavior, poor hygiene, etc.) Saanich and Lummi stories about Mink are often humorous, but also are cautionary tales about how not to behave. 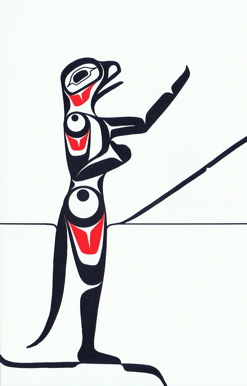 Basket Ogress (Ch'eni): A giant cannibal monster who catches human children and carries them off in her enormous pack basket. 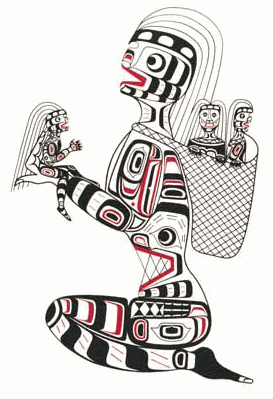 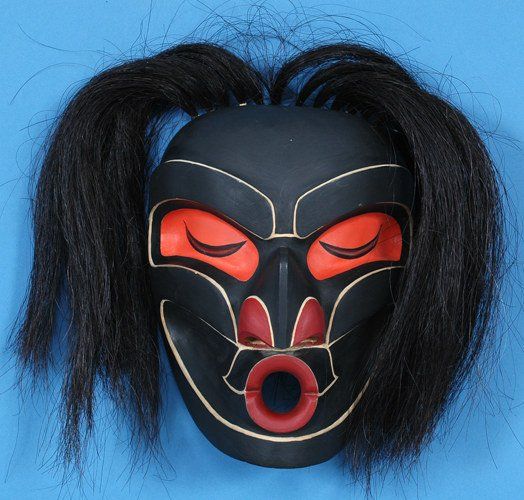 The Tsawout First Nation is a First Nations government located on Vancouver Island, British Columbia, Canada. They are a member of the Sencot'en Alliance.[1] In the 1850s they were signatories to the Douglas Treaties.[2]

The Band's offices are located in Saanichton.

East Saanich IR No. 2, the Tsawout First Nation main village, is about 15 minutes north of the City of Victoria and lies on the east side of the Saanich Peninsula. The village ("reserve")  can be accessed via Highway 17 - Pat Bay Highway. We have a population of 1600 people living in Tsawout (year 2006 est.) with approximately 1/3 of the population being registered band members, and others being residents who are leasing lands from landowners.

East Saanich IR No. 2 is approximately 241hectares in size (595 acres) total area. There are single family residential,  and leased modular homes, band administration and commercial developments. The commercial developments include motels, restaurants, offices and gas stations.  We have  a community water and sewer system in place.  Our water system is supplied by the Peninsula Water Commision, and Tsawout has its own sewage treatment facility.

Saanichton Bay has historically been, and continues to be significant to the Saanich peoples of Tsawout.  The bay provided shelter from the prevailing southeast gales of winter, a year-round source of food, as well as playing an integral role in the Tsawout economic, societal, social, and spiritual life.  Because of these reasons Saanichton Bay was one of the main winter village sites of the Saanich peoples, and that is why Tsawout "Indian Reserve" is located there today 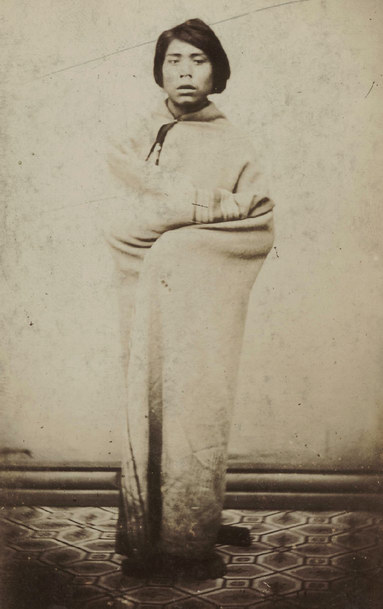 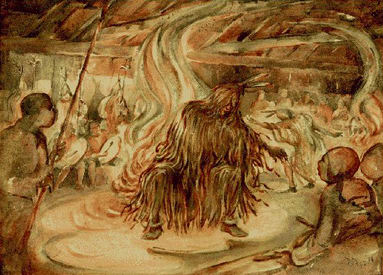 It is important to mention that the people of Tsawout were not stationary at Saanichton Bay year-round, though this was our "headquarters".  The Saanich peoples territory includes the Saanich Peninsula, south to Mount Douglas, across to Mount Finlayson and Goldstream.  In addition, the Southern Gulf Islands, reaching to Point Roberts, and San Juan Islands constituted what is the Saanich Peoples traditional territory.  The Tsawout and Saanich people's traditional territory is the lands and seas that we traditionally used throughout every season.  Names were given to all places we knew, every bay, every stream, every village, every mountain, every lake, every inlet, and island has a name in our language, the SENCOTEN language.  Our Language, place names, stories, history is what defines our territory and speaks to our long standing relationship to the land and waters.

The Saanich people are renowned for their canoeing skills. Watched by some 12,000 spectators, "West Saanich No. 5" won the International Indian War Canoe Race at Coupeville in Washington on 10 August 1936. The famous Saanich - Tsartlip canoe, carved from a single massive red cedar tree, was photographed as it reached the half mile point. 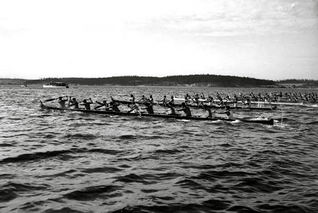 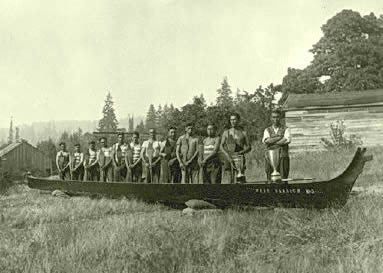 The Tsawout people continue to play a prominent role in nurturing and protecting the land today. They are a vibrant and important part of the landscape and community. Thank you for all you do. 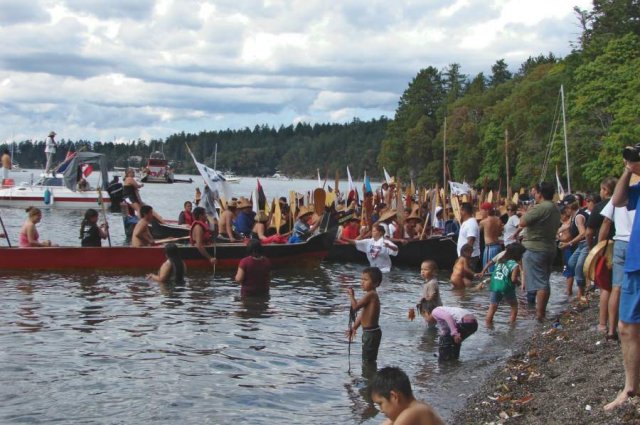 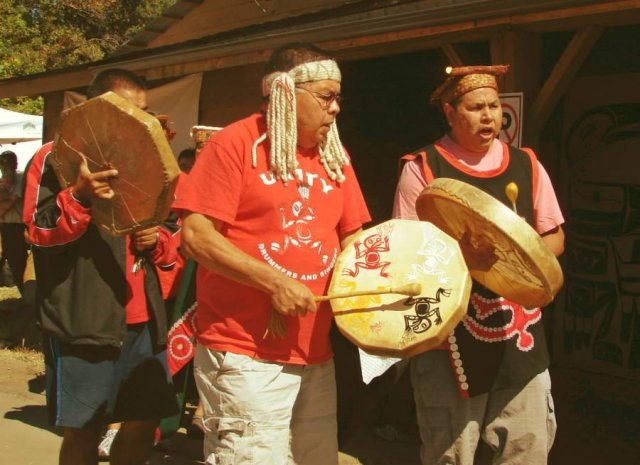 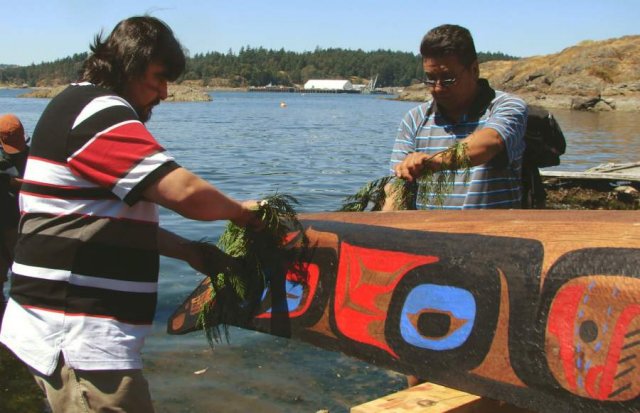